How to Open ds_store File in Windows

Have you been browsing through folders on your computer and stumbled upon a strange .ds_store file? Where did this unusual file come from? To help solve your confusion, think back to a moment where you connected a USB flash drive or other external media to transfer files from a Mac to your Windows or other non-Mac pc. That particular moment is the culprit behind the existence of the ds_store file on your PC.

So what exactly is a DS_STORE file? The file extension .DS_Store is an acronym for Desktop Services Store developed by Apple Inc. This proprietary Mac OS X folder information file is automatically created whenever you access or view a folder using the Finder application.

DS_Store files have been around for quite some time in the world of Mac operating systems. Some sources state that the first Mac OS X version in which they appeared was 10.4 (also known as ‘Tiger’).

However, they have been present since the release of Mac OS X version 10.0, known as ‘Cheetah.’ Tiger or Mac OS version 10.4 was the first version to use .ds_store files to store Spotlight-related metadata, specifically comments.

If you are a Windows user, you might be familiar with desktop.ini and Shellbags. The purpose of the ds_store file on the Apple Mac operating system is similar to these two.

This file stores custom attributes for Mac systems such as the position of icons, sorting preferences, window size and positions, choice of the background image, and more. In short, the file stores the user’s preferences for viewing any folder when accessed through the Finder application.

The ds_store files are created in the enclosing folder when viewed in Gallery or Icon List view but not in the column view on a Mac OS pc.

The creation of .ds_store files applies to not only local folders but also network locations and external volumes. The ds_store file created then follows the folder everywhere it goes, even when archived in ZIP. This provides an explanation to why users of Windows frequently stumble upon ds_store files on their computers when folders are copied from a Mac PC via the Finder app.

How to open a ds_store file in Windows?

Our guess is you might have found a ds_store file on your Windows PC, and now you’re probably trying to look into it. But once you click on it, a message appears which states that “Windows cannot open this file.” So, what could be the cause behind this message? Well, the main problem involved is your choice of operating system in use.

The ds_store files are system information files created by and only compatible with Mac operating system X.

So, does this mean you cannot access these files on your Windows PC at all? Well, not really. The information contained within these files isn’t of importance on a Windows OS PC, but if you’re still curious, here are some tips on how to open the ds_store file in Windows:

Can I Delete DS_Store Files on Windows?

Using a Mac and Windows OS PC together to transfer folders can create a pretty annoying clutter of unwanted ds_store files on your Windows PC.

Now you may wonder whether you can delete these files or not and if deleting would leave a negative impact on your computer system.

Since these files are only of importance to the Mac operating system, you can safely delete the ds_store files on Windows without having to worry about consequences.

You can either choose to manually delete ds_store files, though it would be quite a time-consuming process or delete them through this much easier way:

This magical command will find traces of all ds_store files on your Windows PC and delete them recursively.

Additionally, to get rid of other junk files starting with a “._” transferred by Mac OS X, you can use the command: del/s/q/f/a._.*

(Make sure the command ends with a “._.*” rather than “._*”. This little mistake can delete legit files from other things on your system, such as from Chrome)

What Does ._ In Front of a File Mean?

While copying files from a Mac OS X to a Windows OS, you might encounter a duplicate invisible file with a “._” prefix. These invisible files are ‘resource fork’ segments of files when they are transferred from Mac to non-Mac systems.

Although ‘resource fork’ and ‘data fork’ segments are treated as one file, Mac OS X has a file handling mechanism that splits resource and data forks into 2 separate files. This is done when copying files to systems that do not support resource forks, such as while copying on Windows OS.

What Are DS_Store Files Mac?

These files are hidden in Mac but visible in non-Mac systems and are created when folders are viewed and copied to another system via the Finder application.

Even though .ds_store files serve no purpose on Windows, they are a useful extension in the Mac operating system. We hope this article helped you learn about the insights of ds_store files and assisted you in knowing how to open or delete these system information files. 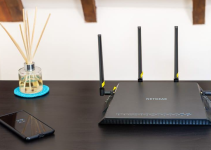 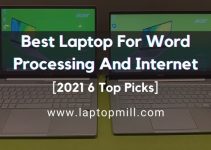 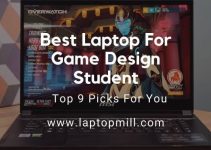 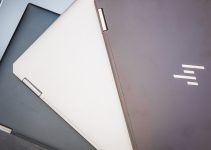 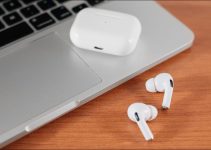 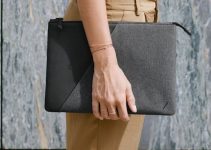